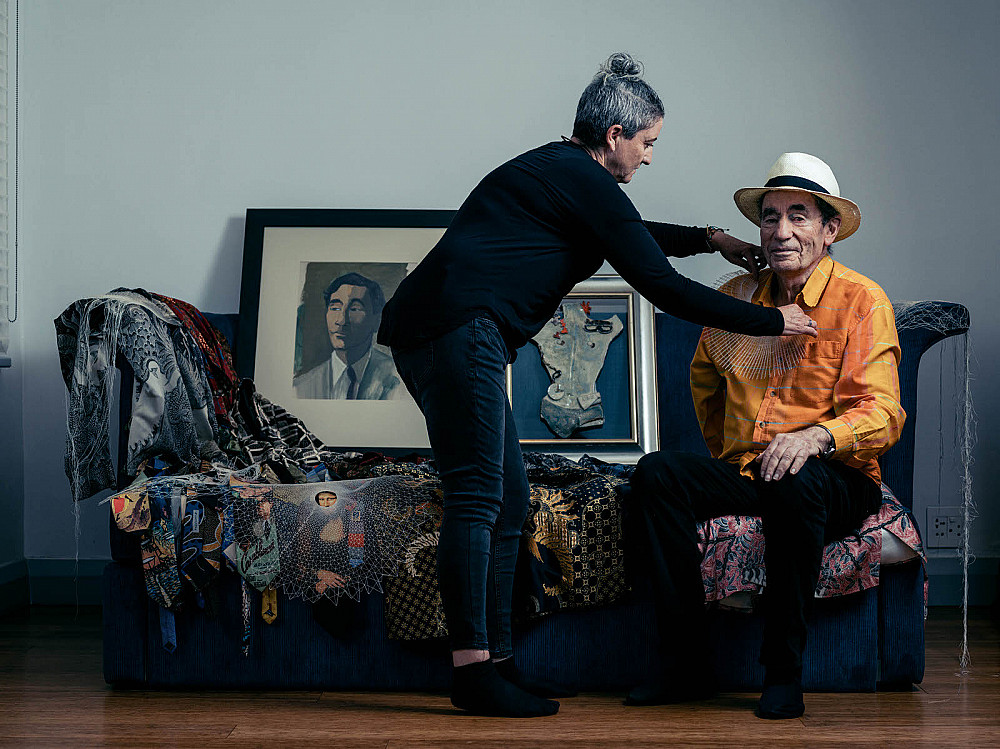 Albert "Albie" Louis Sachs (born 30 January 1935) is an activist and a former judge on the Constitutional Court of South Africa. After having his arm blown off by a car-bomb in Mozambique due to his opposition to apartheid, he fled to the United States but later returned to South Africa and currently resides in Cape Town.

Kim Lieberman is a conceptual artist that honours concept above medium. Lieberman completed her undergrad degree at Wits Tech in 1997 and her MAFA at Wits University 2001. She has had eight solo exhibitions at galleries that include the Goodman Gallery (Johannesburg), Mark Coetzee Fine Art Cabinet (Cape Town), Camouflage Art. Culture. Politics (Johannesburg), Esso Gallery (New York), and Gallery AoP (Johannesburg).

Kim Lieberman notes the following on the collaboration: "Still Life and portrait of Albie Sachs using his rebellious ties and lace. For this photograph I asked Albie for personal objects of importance  and I arrived to a spread of shirts and ties. Going from an anti-apartheid activist, a rebel and a bohemian of sorts, to a constitutional court judge, a most authenticated and legalised position, meant he needed a signal to his past, and a symbol of his rebellious nature, so art ties were chosen to spark a different world."