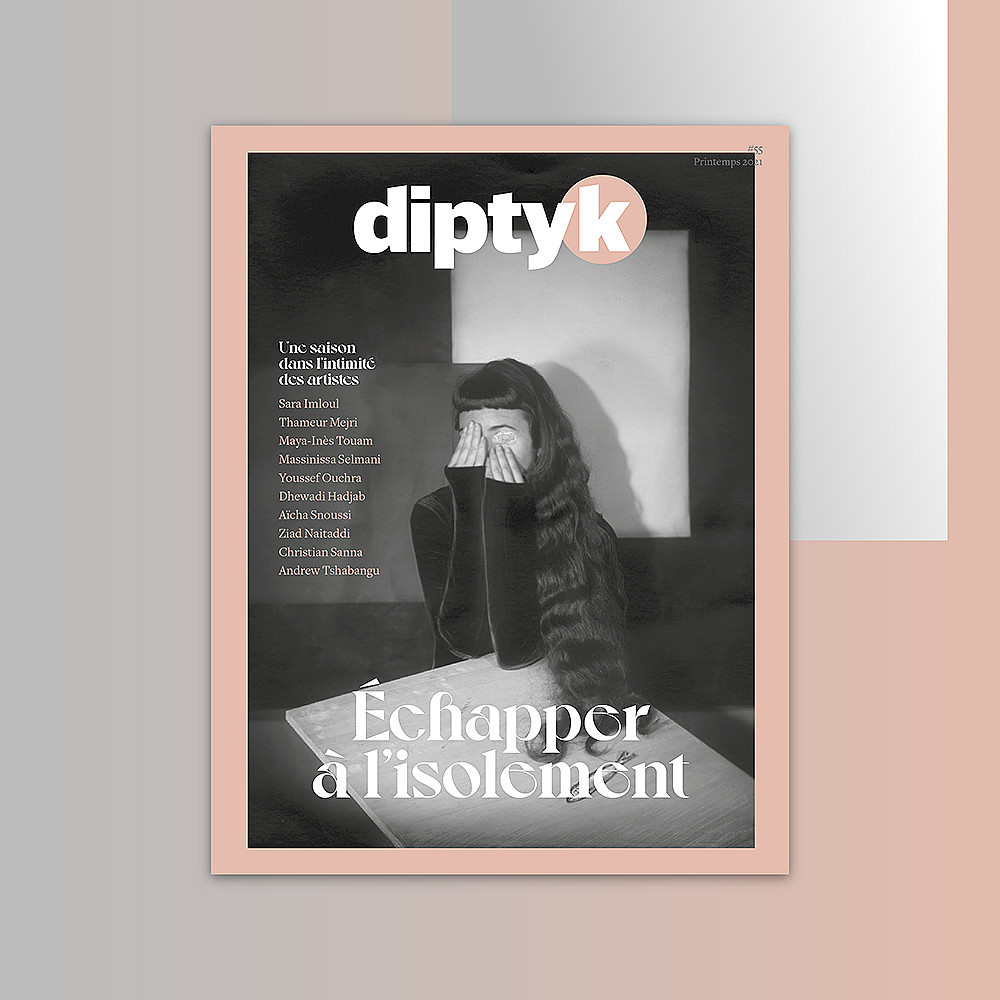 'The Treasures of The Ministry of Culture'

Over the decades, the Ministry of Culture has acquired many works that retrace the history of art of Morocco since independence.

The special edition produced by Diptyk, available online in French and in Arabic, is a stroll through this impressive collection that the ministry intends to enhance. Story.

The monumental horses of El Glaoui galloping alongside the colorful waves of a Melehi, the musings of Saladi familiar with the daily scenes of Hassan El Farouj, the deep monochromes of a Bellamine saluting the committed paintings of El Abyad... This remarkable collection of works of art, acquired by the Moroccan Ministry of Culture since the mid-1970s, reveals a capital part of our artistic heritage. Yet she was "initially somewhat disparate" and "Fragmentary", as indicated by the director of the Mohammed VI Museum of Modern and Contemporary Art (MMVI), Abdelaziz El Idrissi. It was organized and enriched according to influences and interests of the various ministers in place.

1976. Rabat hosts the Arab Biennial at the Oudayas ethnographic museum. According to the Tunisian critic Jallal Kesraoui, commenting on the weakness of the selection, compared to that of the Biennale of Baghdad is a "missed meeting of Arab artists with the history of art." However, this event cultural - the first "where politics takes precedence over art" according to art historian Brahim Alaoui - kicks off ministerial acquisitions. According to Mohamed Benyaacoub, director of the Arts at the Ministry of Culture, "the ministry's fund has been enriched with some thirty works at this occasion".

Everything accelerated with the policy put in place in the 1980s, more precisely under the mandate of Mohamed Benaïssa. For this former Minister of Cultural Affairs (1985 to 1992) and Foreign Affairs (1999 to 2007), it would be an exaggeration to speak of a collection before the middle of the years 1980, few works were listed at the time. According to him, "it would be fairer to mention a collection of the Moroccan State, which included the pieces acquired by the Ministry of Foreign Affairs, Culture, National Education, the Prime Minister's office, to which were added those of Bank Al-Maghrib, CDG, etc.".

Photographer and great art lover, the former minister then headed the Ministry of Culture alongside of his alter ego, the artist Mohamed Melehi, Director of Arts from 1984 to 1992. “We were the same nobody, we did everything together, even primary school ", the former minister recalls with emotion, native of Asilah like Melehi. The complicity of the two men was one of the keys to the constitution from this unusual collection. A wise and knowledgeable duo, together they laid the groundwork for a strategy acquisition for the promotion of the visual arts and the constitution of a deposit of works. The vocation of this repository was, among other things, to serve the cultural influence of the kingdom and to support soft diplomacy tools, specifies Mohamed Benyaacoub. Bet amply won, as evidenced by the public and critical success of the great Grenoble exhibition in 1985, bringing together almost about twenty Moroccan artists. Those of Cairo and Madrid will follow with just as much success, respectively organized in 1986 and 1989, following royal visits to these two capitals.

According to the president of the National Museum Foundation (FNM), Mehdi Qotbi, “the Ministry of Culture had acquired the funds from these two exhibitions, under the supervision of Melehi, in order to develop the core of the former Museum of Contemporary Art in Tangier "(now the Mohamed-Drissi Museum). We counted then no less than 57 works, acquired and kept in Tangier, including paintings by Bellamine, Chaïbia, Aherdane, Meliani, Kacimi, Hamri, Meghara, Ben Cheffaj, Serghini...

The presence in this first wave of acquisitions of so-called "northern" painters, like Ben Cheffaj, Meghara or Hamri (other big names such as Drissi, Ouazzani, Abou Ali, Boujemaoui, Amrani, Sebti or Meziane will be added a few years later), reveals the interest of Melehi and Benaïssa for this artistic current born in the heart of a cosmopolitan cultural effervescence, a current of "innovators and researchers" as Benaïssa calls them. For Mehdi Qotbi, the history of art in Morocco cannot be written without these painters from the northern region. The president of the FNM recalls that if many local Moroccan artists have benefited from this intellectual and artistic ferment,

"Others must have moved to Tangier to see their talent blossom, such as Mohamed Ben Ali R’bati, a native of from Rabat, who only discovered the painting after visiting the city of the Detroit", or "Ahmed El Yacoubi, first spotted in Fez by Paul Bowles, then settled in Tangier to sharpen his technique and his pictorial universe”. At the same time, "in Tetouan, the School of Fine Arts trained its first laureates as Melehi, Meghara and Chebaa, respecting Spanish artistic academicism". These same artists will do subsequently the glory of the School of Casablanca.

Commentators of this era, auspicious for the visual arts, invariably evoke enthusiasm that emanated from it. For Brahim Alaoui, "Melehi knew how to unite artists" and, thanks to his impressive address book "in the Arab world, Africa, the United States, etc. », Succeeded to "bring in great international artists for the Assilah Moussem". This festival, "A true open-air museum" which boasts more than 40 years of existence, was fertile ground to quality acquisitions.

If Mohamed Benaïssa modestly indicates that "we bought as we went along, when we estimated that it deserved it", others, on the other hand, such as Brahim Alaoui, believe that he and Melehi had" a real understanding of this world of visual arts”. Mohamed Benyaacoub also highlights the efforts of the artistic scene to encourage these acquisitions: “The ministry was able to acquire works by high quality but not too expensive, like a large canvas of El Glaoui at 50,000 DH, at the beginning of the years 1990 ". The canvases of this master are tearing away from several millions today...

While the acquisition policy was initially dilettante, it was able to organize and develop thanks to a remarkable and foundational operation: the creation of the National Fund for Cultural Action (FNAC), initiated by Mohamed Benaïssa. "We had no acquisition budget when I became minister, he exclaims. So I created the FNAC, which relied exclusively on ticket sales of Historical Monuments. The entry fee was ridiculous - around DH 2 before 1985 - and I undertook to increase it to 10 DH. The revenues generated for the Ministry of Culture then made it possible to fund certain programs, including the acquisition of works of art. All this obviously under strict control of the Finance Committee”. He added: "However, we did not have a real venue to present these works. In 1986, Galerie Bab Rouah was extensively rehabilitated to meet this need. It has become then the National Gallery, welcoming renowned painters. Again, this was made possible thanks to the FNAC."

A decade later, in the years 1994 and 1996, the writer and philosopher Allal Sinaceur, then Minister of Culture, has undertaken to allocate a budget of nearly one million dirhams for the acquisition works of the new generation, such as Kacimi, Miloudi, Bellamine, Labied, Boujemaoui, El Hayani, Dibaji, Bouregba or even Mellakh. The arrival in 1998 of Mohamed Achaari at the helm of the Ministry of Culture continued this momentum. Under the mandate of this man of letters, politics acquisition regains a new lease of life, despite a modest budget. It is then the vast site opening of the Mohammed VI Museum, which is accompanied by a major call for tenders, recalls Mohamed Benyaacoub: "The ministry had allocated a budget for the acquisition of about thirty works of destination of the national museum, fixing the dimensions of the canvases at 2 x 1.5 m. Here again, the artists made a effort, which made it possible to obtain paintings from Bouregba, Boujemaoui or even a Miloudi at 30,000 DH, a price very below the market for a canvas of this size. "

The 2000s were indisputably flourishing for the visual arts. The acquisitions of this decades have made it possible to "constitute the permanent collection of the Mohammed VI Museum", indicates Mehdi Qotbi. "On this occasion, the ministry enriches it by acquiring works of the new generation, integrating artists who were not there before, such as El Hayani, Bendahmane, Ouazzani, Moa Bennani, El Baz, Afilal… ”, adds El Idrissi. As for the works preserved in the museums of the North from 1989 - of Rahoule, Melehi, Slaoui, Labied, Miloudi, Kacimi, Sayed, Hamidi -, they regain the capital from 2003. In 2009, the collection of the ministry was also enriched following a sale auction for the benefit of the inhabitants of Gaza, since the unsold works join the fund of ministry.

Faced with the crisis

In 2012-2013, between 60 and 70 works from the ministry's collection were loaned to the MMVI as part of an important agreement signed between the FNM and the museum. An agreement renewed upon arrival in 2020 of the current Minister of Culture, Othman El Ferdaous, in order to "ensure better visibility for more than a hundred works of the collection through the museums of Morocco ", explains Benyaacoub. Heir of this long history of acquisitions, Othman El Ferdaous continues the work of promoting plastic and visual arts. "As soon as the pandemic was announced, we began to think about ways to alleviate the Moroccan artists, explains Mohamed Benyaacoub. This was one of our main concerns. "A new acquisition project, launched last June and with a budget of 2 million dirhams, thus allowed to enrich the collection of the ministry of nearly 130 works, for values ​​included between 5,000 and 30,000 DH. The works of very young artists like Khadija Al Abyad, Rahma Lhoussig or Madiha Sebbani joined the collection, alongside more established artists such as Yassine Balbzioui or Amina Benbouchta. A breath of fresh air for Moroccan artists confronted with the crisis, but also the opportunity to publicly recognize the work of a young emerging scene.

Image Credit: All images courtesy of the Collection of the Ministry of Culture