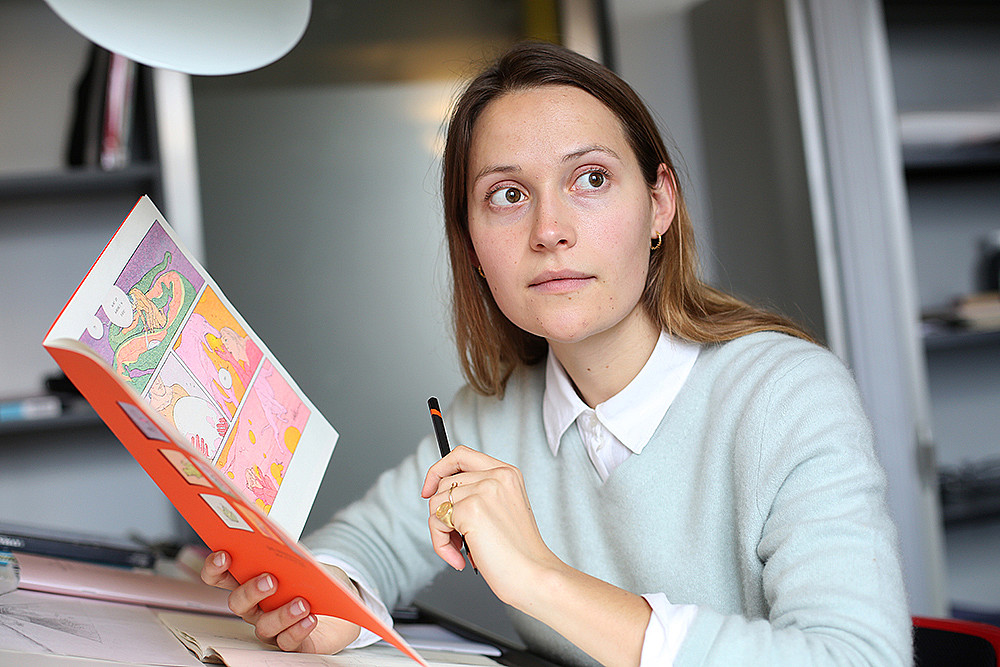 'The artist paints her thought-provoking dreams'

The South African artist is taking advantage of her residency at the Cité de la bande dessinée (The International City of Comics) to refine an auto-fiction between dream and reality.

Giant snakes that intermingle, human soothed by robots, a South African farm in pastel colours? Make no mistake about it. Octavia Roodt, with her classy taste, has the art of disturbing the reader. At the Cité de la bande dessinée where she is in residence, with the tip of her pencil, in sketchbooks that she fills all the time, the young woman born in 1995 in Johannesburg (South Africa) depicts her dreams from earliest days, to feed ours with surrealist images that she draws from her Afrikaner identity. After a first work in the form of a comic strip, 'Binnekamer (Inner room)', she is starting a second story based on personal narratives. With a bit of Angoulême in it.

"In a way, I find that dreams bring us much more answers to our questions than the experience of reality itself", the young artist confides to me from the outset. Her work is the word of intimacy. And to put her night-time visions on paper, she doesn't hesitate to take photos of her husband or other members of her family and then shoot them in improbable settings: desert landscapes in the style of Salvador Dalí in which she plays with romantic codes to question her own culture.  "I like to divert Afrikaner colonial symbols to break up representations of the past", she explains. "Artists in the 1990's were committed against Apartheid. Now we have to rebuild the link between communities."

Despite the curfew, Octavia Roodt does not fail to wander through the streets of Angoulême, whose architecture fascinates her, "as well as the funny way the French have of lowering their eyes when they pass each other in the street."

In residence until February, she will not fail to make a nod to the city in her next book 'Promised Land'.