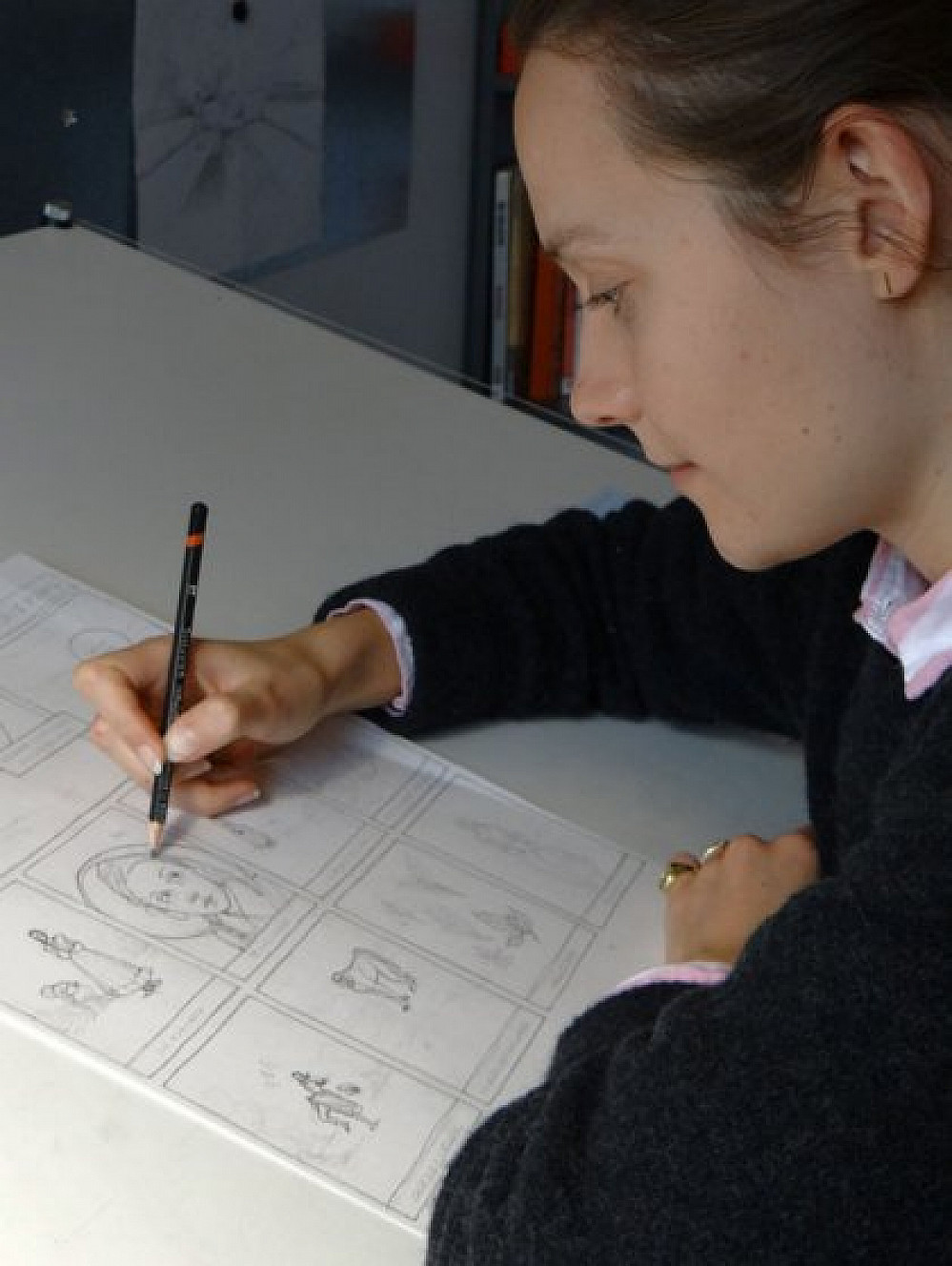 Thierry Groensteen: You were born in Johannesburg in 1995. In what environment?

Octavia roodt: I grew up in the suburbs, a fairly urbanized neighborhood called Four Ways, much more English than Afrikaans. My parents were a bit apart in this environment. In the 1980s, my mother had studied art and my father had studied philosophy. Then they came to teach English in Paris, and my father graduated from the University of Paris VIII (I think it was a post-doctorate, I'm not sure). On their return to South Africa, they had several children. In the rest of my family, there are also mathematicians. My parents are very artists. My father had dabbled in literature once. Now he writes political essays, in Afrikaans, which I don't always agree with, even though I like him a lot as a person.

I grew up with 'Bittercomix' [ 1 ]. When I was younger, I had read 'Tintin', and suddenly, at the age of fourteen, I discovered something that resembled 'Tintin', but with a completely different content that left me speechless, taken aback.

We also had close friends in Belgium. I went to visit them on Christmas last month. When they came to our house, they brought comics: it ranged from 'Boule' and 'Bill' to 'XIII' and 'Thorgal'.

When did you start drawing?

I have always drawn. I never stopped. And very quickly my drawings took on a sequential form. I traced six frames on a page and told a story.

I understand that, very early on, your comics took an autobiographical turn ...

Yes indeed. I always had a sketchbook, and another notebook in which I kept my journal and wrote poems and various things. I change it every year. When I look at my old sketchbooks, I see that I was drawing myself in them. It became a habit. I would probably have to detach myself from it.

'[Octavia shows me her current sketchbook. I see mainly observation drawings, in pencil, portraits of different models, or images copied from an illustrated Bible.]'

I like to draw on the motif, to represent the people around me. My notebook is also a very safe place for me, where I can allow myself to try things, without exposing myself. Sometimes I draw my dreams there ...

Sketches of children and dogs

Do you think you will one day make an autobiographical comic book to be published and shared with the public?
I would like to. But there are so many things I would love to do!
In November 2020, you obtained a Masters in Fine Arts at the University of Pretoria, and your thesis was on autobiographical comics ...
Yes, so I read you and quote you alongside other researchers such as Philippe Lejeune or, on the English-speaking side, Ann Miller and Lisa El Refaie. I was struck to see that there was space in comic book studies for so many voices, so different from each other! As for the artists whose work interested me the most, they are mainly Fabrice Neaud and Julie Doucet. When I was talking about them around me in South Africa, no one could see who I was referring to! It must be said that we are only exposed to mainstream North American comics , and that the superhero culture is dominant ...
Before registering for a Master, you obtained, at the end of four years of study, a license in Graphics. What courses were you receiving?
I was trained in animation, photography, typography, logo design (which provides my livelihood today), and of course drawing.