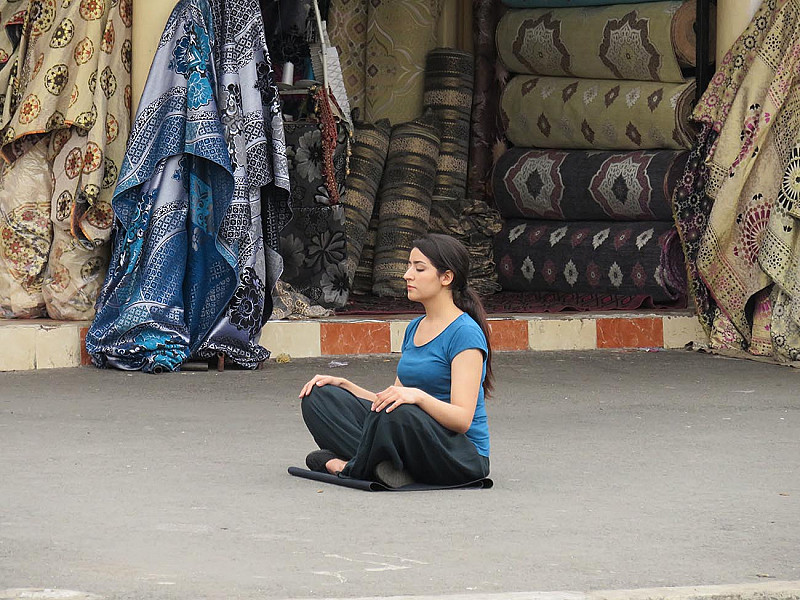 The 'Re-Activation of Abandoned Spaces' was the theme of 'La Serre' hosted in Hay Mohammadi, Derbmoulaycherif, Casablanca, and organized by Atelier De L'Observatoire (Léa and Mohammed Fariji) where Sebbani was invited to participate with the performance 'Re-Activation'. This is a continuation of her previous project 'Re-listening, Reviewing and Speaking Again', which reactivates the abandoned human inner space, reminding with confident serenity and peace, values which unites us all.