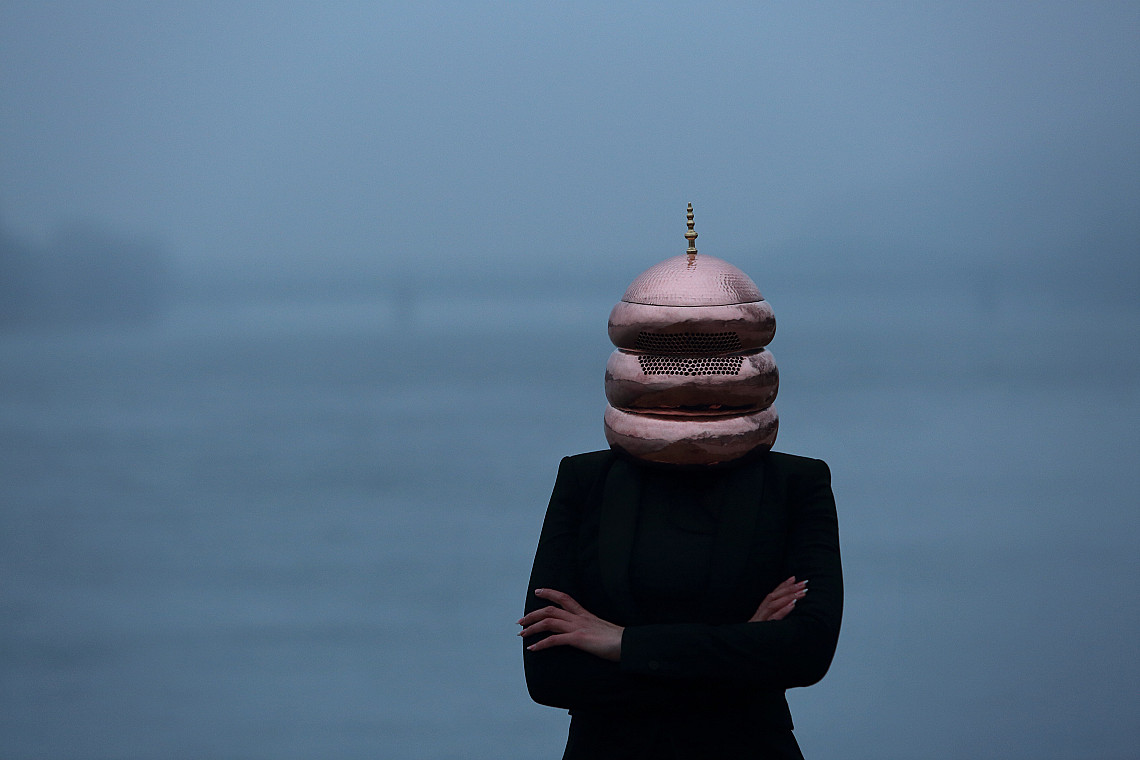 'Until Further Notice' presents a body of work by Moroccan-born, UK-based contemporary artist Madiha Sebbani in which she explores the complex interplay between the private and the public; silences and things spoken; as well as authority and personal identity and integrity. Deeply influenced by her experiences of the period of Covid-19 lockdown, the works exhibited nevertheless draw on a continued practice of several years that is embedded in audibly silent performativity.

How we 'perform' in a space, place and time of lockdown is an extremely rich and often anxiety-ridden terrain and Sebbani faces this challenge head-on in her work. In some ways we are 'all' in a state of waiting ‘until further notice’: it is as if the pause button has been pressed on a CD-player; the disc is still spinning frantically but there is no sound coming out of the speakers. Everything is insecure; nothing is set in stone; we are in a space of liminality. The artist has not been able to return to her home country due to Morocco's borders being closed: Sebbani is quite literally in an in-between space of tenuous ‘unsureness’ and has worked with this in expressing such emotions with power and - literally - authority.

The exhibition consists of three intricately crafted masks, where it is almost impossible to separate their donning and being performed by the artist from their material existence; stills of these objects being worn by Sebbani are integral to the show. These masks are made of materials such as copper and sheepskin and incorporate physical elements such as a crown that are vitally and viscerally charged with emblematic and historical memory.

In the 'Authority Project' the artist uses her body to interact with traces of individual and collective memory. Her body literally becomes a material alongside muslin, uniforms and traditional dresses, incorporating daily and militaristic gestures asking ‘What is the price of silence, the price of a bid?’ She notes: ‘All uniforms are the same - guardians of the law - authority has no face.’

Video footage and stills from the 'Mask Project' and the 'Authority Project' as well as the physical artefacts of the masks convey the full message of the 'body' of work on display.

In these works she attempts to overcome physical, symbolic and authority-imposed boundaries, always addressing and challenging these borders but staying ‘within the lines’ as required for one’s health and well-being (as much psychological as corporeal).

Madiha Sebbani reflects: ‘It has been necessary for me to use the body as an intermediate base or as a third material in this work.’

This is a powerful statement of where we are positioned now... at least until further notice.

Madiha Sebbani is a multi-disciplinary artist who graduated from the National Institute for Fine Arts, Tétouan, in 2015. She is currently pursuing her Masters Degree in Public Art and New Artistic Strategies at the Bauhaus University in Germany. Endorsed by the British Art Council, in 2020 Sebbani was granted a Global Arts and Cultural Talent Visa to continue her research and practice in the United Kingdom. Madiha’s practice often consists of minimalist performances, inspired by daily Rituals and intimate gestures. These performative acts question our relationship to what is out of the ordinary and our ability to deviate from experimentation. Sebbani enjoys experimenting with different mediums to approach her creative sensibilities, such as combining different plastic forms and techniques, either embodied in installations, paintings, photographs, video, happenings or performances. Much of Sebbani’s research is influenced by power dynamics inherent from her upbringing at a military base.

In 2016, she participated in the 5th edition of the New Talents Biennale in Cologne, Germany, as well as a Residency and Solo Exhibition, Silent Treatment, in 2017 at the Kunstraum Fuhrwekswaage Art Centre, Köln, Germany as well as the COFA Cologne Fine Art & Design Fair. Madiha has recently returned from an Artist In Residency at the Kunstmeile Krems Betriebs GmbH, Krems, Austria. In 2018 Madiha also curated the international travelling Group Exhibition, YMA (Young Moroccan Artists), at Sulger-Buel Gallery in London, the DEG Bank in Cologne, as well as New York and Washington D.C, United States of America. Her work forms part of the KFW DEG Bank of Germany Bridge Collection.

Andrew Lamprecht is an independent curator and art writer based in South Africa. For over 20 years he worked as an art historian and theorist at the University of Cape Town. He has over 40 local and international exhibitions to his credit and has published widely on his speciality, contemporary African and Diasporic art. 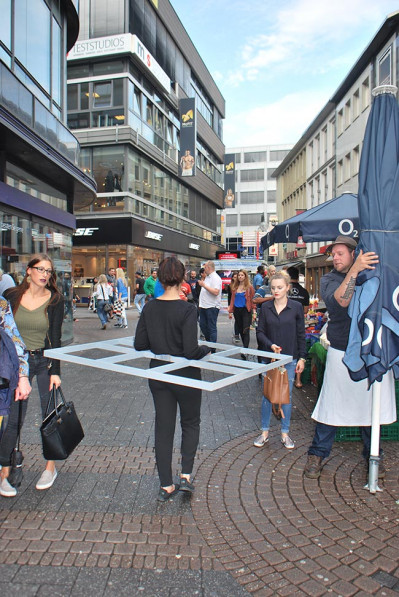 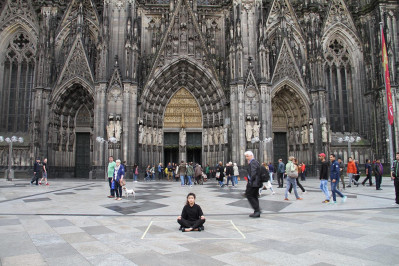 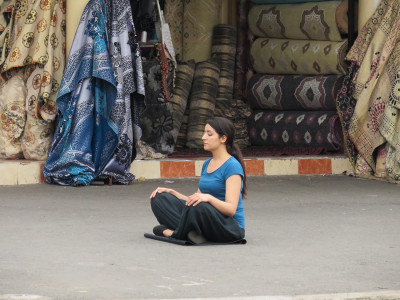 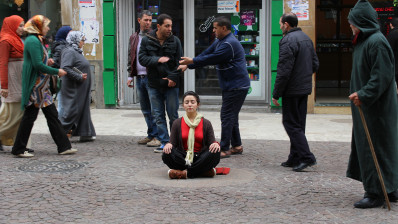 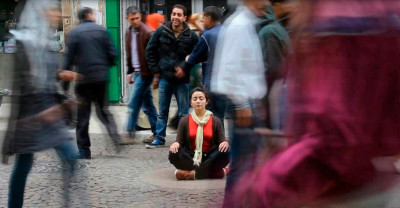 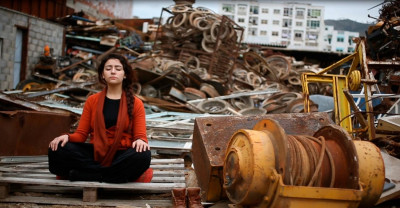 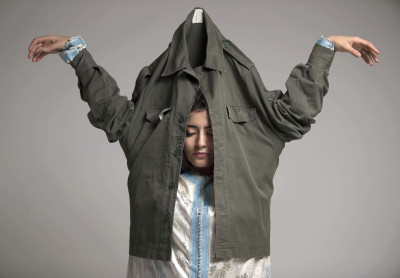 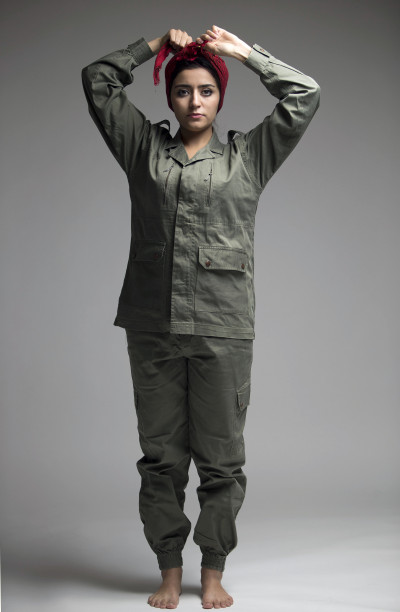 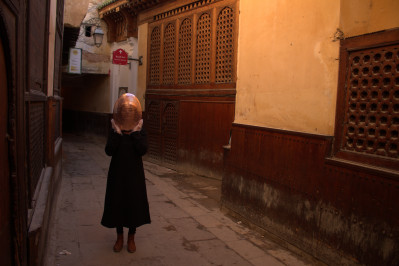 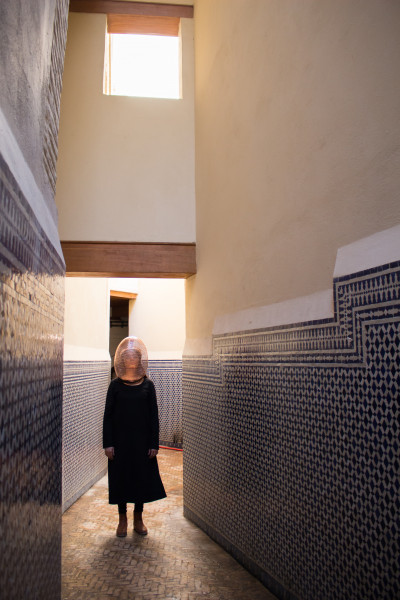 Corridor (Still from Performance in Morocco), 2018 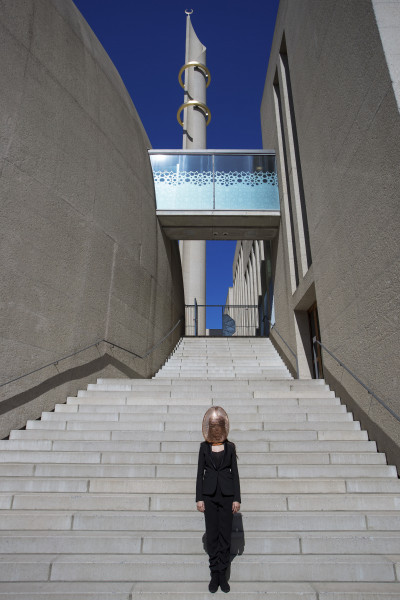 Stairs (Still from Performance in Germany), 2019 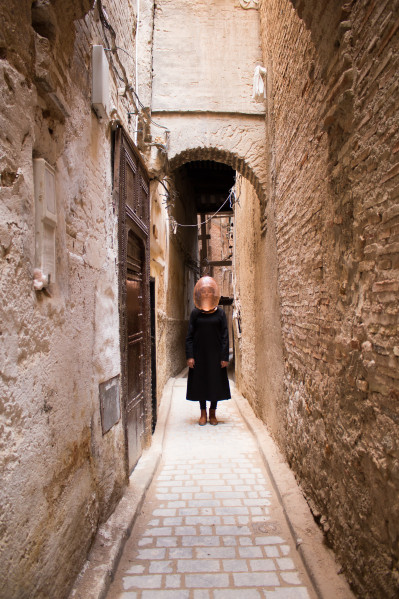 Walls (Still from Performance in Morocco), 2018 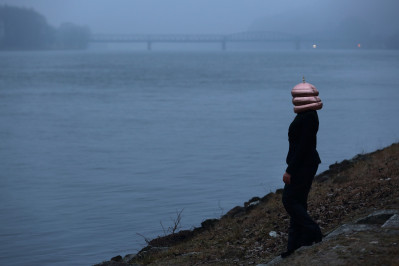 The Walk (Still from Performance in Austria), 2020 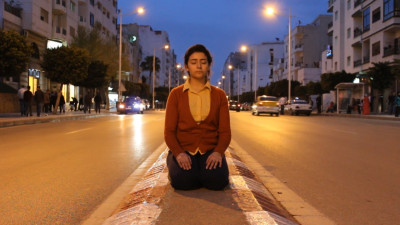 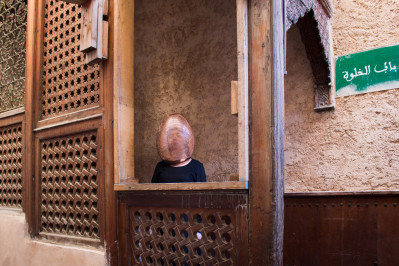 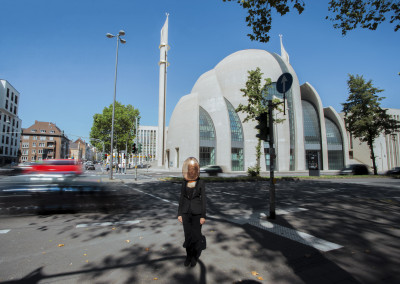 Traffic (Still from Performance in Germany), 2019 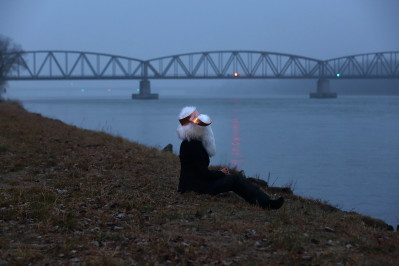 Contemplation (Still from Performance in Austria), 2020 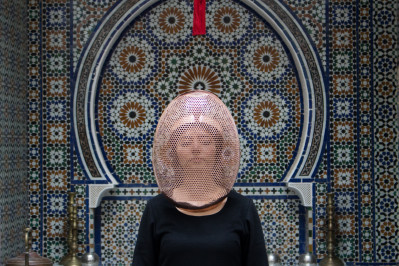 Present (Still from Performance in Morocco), 2018 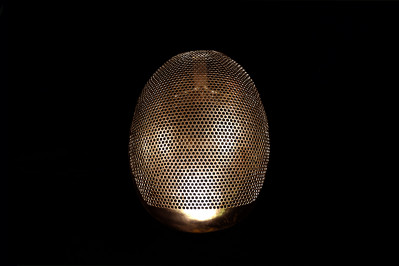 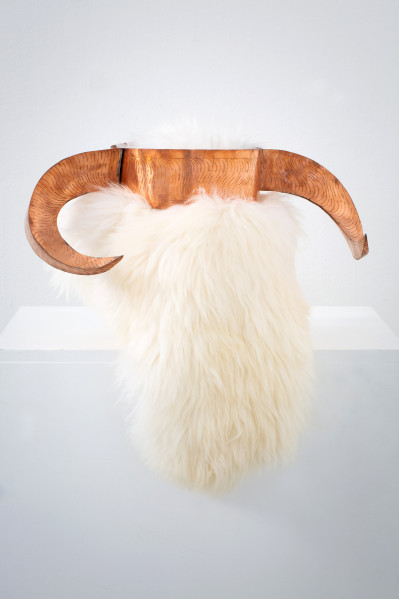 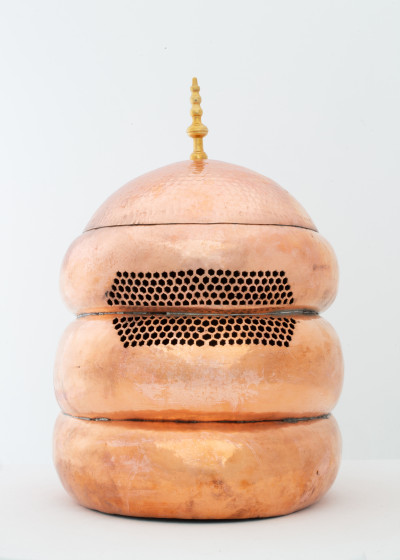 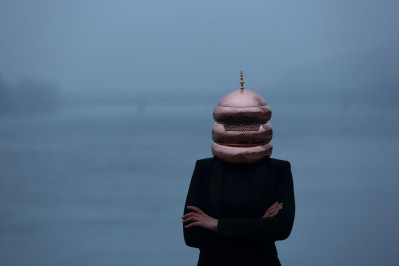 The Leader (Still from Performance in Austria), 2020